The Importance of a Disaster Preparedness Plan 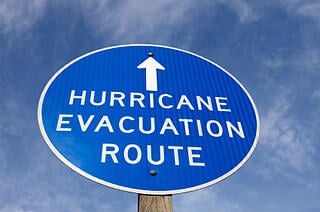 When a disaster occurs, hospitals must remain operational to support patients and staff so it is critical that they are built to withstand natural disasters such as hurricanes and floods.

By many accounts, the 1992 hurricane season in South Florida was a major turning point in how building codes would adapt to address natural disasters. Hospitals in Florida immediately started to focus on hardening their buildings, adding emergency utilities and reviewing the Florida Building Code. The Florida Building Code has since been rewritten to address the specific effects of tropical storms and acknowledges the critical need for buildings like hospitals to remain open throughout a storm.

In the Northeast, where flooding caused the evacuation of several hospitals in New York City, we have seen calls for updating local building codes to ensure that hospitals are ready for what Mother Nature may bring.

Hospitals are required by code to describe how they plan to stay open in a disaster through their Disaster Preparedness Plan. The plan identifies how administration anticipates supporting patients and staff. Specialized architects and engineers work with the Hospital to provide the infrastructure to meet the requirements of the Plan.

The structure and the building envelope are closely scrutinized. Most exterior building elements require documentation of their wind resistance, often in the form of specifying a third party tested assembly. This is similar to our workflow for selecting fire-rated assemblies. Third party testing during construction also helps to ensure that elements of the envelope are being installed as intended.

Site requirements include the review of building elevations and access routes to the building in relationship to flood levels. Patient care areas and critical infrastructure are often raised above ground level to ensure resistance to flooding. Site elements (lighting and landscaping) are reviewed as a potential hazard in blocking a first responder from reaching the hospital entrance.

An on-site emergency water supply system is required, often in the form of an independent well or empty storage containers.

Emergency generators and their fuel supply are designed to support at least the critical hospital branch circuits, at a minimum.

State and local building inspectors also become an important part by enforcing a hospital’s Disaster Preparedness Plan through their review of the documentation and construction inspections.

Much like South Florida in 1992; New York, New Jersey, Connecticut, Rhode Island and Massachusetts are the latest areas of the country to realize the importance of natural disaster preparedness. A Disaster Preparedness Plan becomes a tool that allows a collective effort between hospitals, architects, engineers and building officials to design facilities that can not only weather a storm, but also function properly and efficiently immediately afterwards.

View The Importance of Disaster Preparedness Plan on Walter Communications' Favorite Posts of the Week Here.