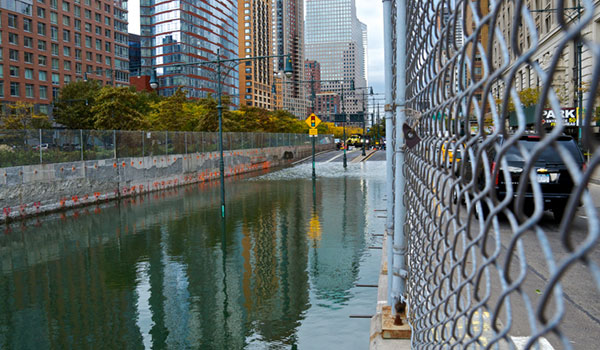 Just a little over five months ago, we witnessed immense devastation to the New York City area due to Hurricane Sandy.

Sandy came just one year after Hurricane Irene and quickly became the largest Atlantic hurricane on record. Preliminary estimates assess damage at nearly $75 billion. The damage is still highly evident; I see it during my daily commute from Staten Island to Manhattan. Coastal emergency plans activated prior to the Hurricane did not eliminate heavy damage.

Particularly heavy impact was felt by the healthcare industry in New York City. The total cost of repairing damaged infrastructure and replacing medical equipment may exceed $1 billion. Images of critically ill patients being evacuated in the darkness prompted concerns from some emergency experts that hospitals in New York and elsewhere were not sufficiently prepared for such times.

During the storm, emergency power systems shut down due to loss of fuel or blockage in fuel lines from tank to generators. Half of New York City buildings’ emergency backup generators failed to start when they were needed – a preventative measure that could have drastically changed the aftermath. The failures were due to a lack of maintenance and regular full-load testing. Many generators ran out of fuel in a day or less, as they were unable to receive supplemental fuel deliveries. Due to power and control loss, the storm shut down vertical conveyance and utility systems such as electrical, plumbing, HVAC and domestic/potable water.

Nearly all damage was caused by inundation (hydrostatic forces). Buildings suffered minimal structural and wind damage, though building interconnectivity and complexity was a major factor.

There are three overall objectives of building resilience to consider post-Sandy:

“ASCE 24-05 Flood Resistant Design and Construction” was adopted by NYC Building Code and provides minimum requirements for the design and construction of buildings in flood hazard areas. Buildings designed according to ASCE 24 are better able to resist flood loads and flood damage. The upcoming 2015 International Building Code (IBC) will provide additional safe room regulations. Federal Emergency Management Agency (FEMA) Mitigation Assessment Team (MAT) is working on their final report evaluating damage and providing conclusions and recommendations. The draft report is expected in March 2013, with the final report due in fall 2013.

Preliminary conclusions of lessons learned underline the importance of the following:

In general these are flood mitigation techniques: