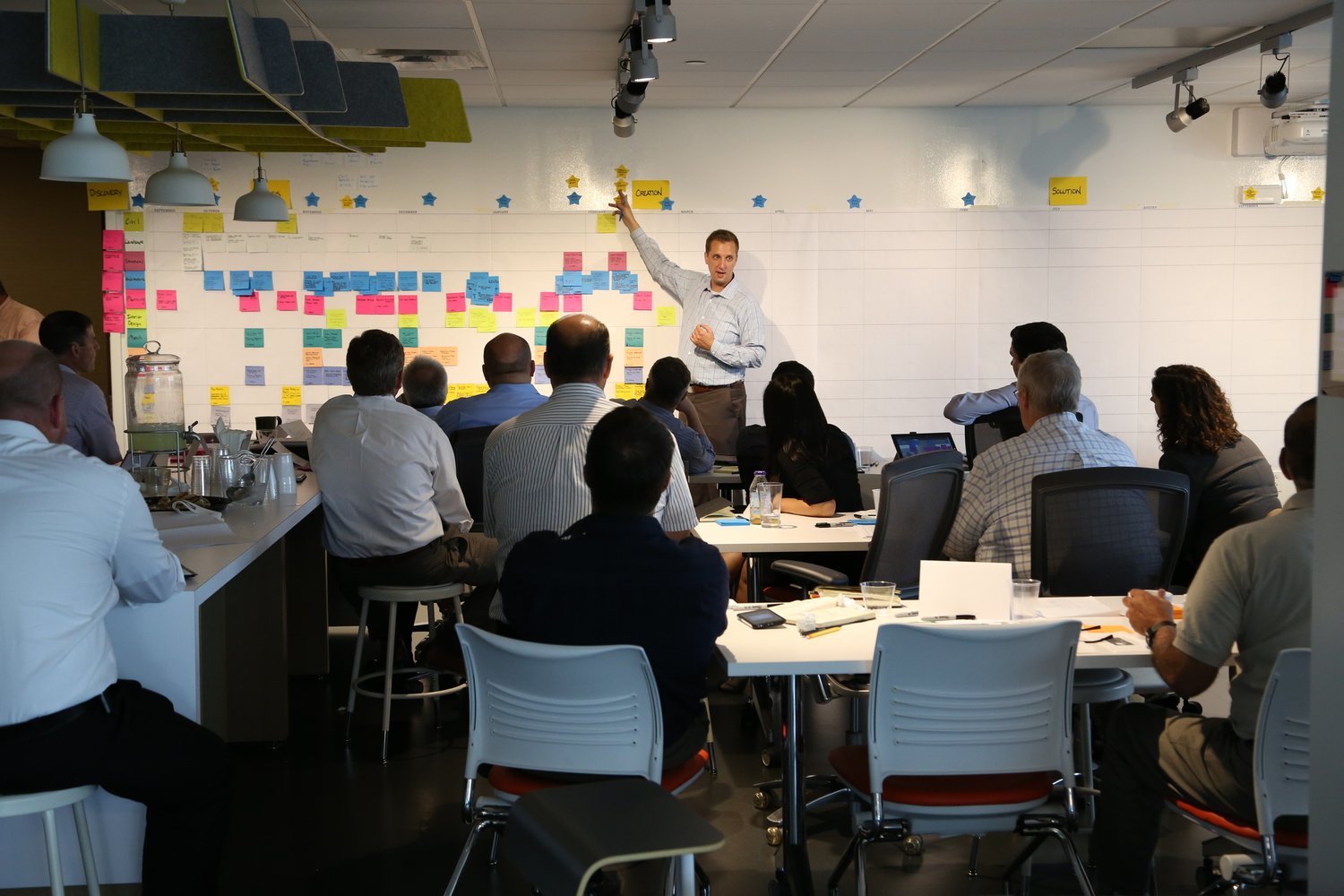 There are many articles online about the Integrated Project Delivery (IPD) method, many of which extol promises of budget control, schedule achievement, and a wide range of other benefits. This article brings to light some real world examples of successes achieved when true partnership and teamwork occur as a result of IPD.

When Mercy Regional Medical Center in Lorain, Ohio decided to implement their $20 million facility modernization master plan, they discussed the IPD model with Array, and after considerable discussion about the delivery model, they chose to move forward with it.

The project consisted of multiple renovation projects across several areas of the hospital. The most significant endeavor was a modernization of their five-story inpatient bed tower built in 1969. The scope included complete updates of the tower and relocation of several departments from one floor to another, all while occupancy remained high.

Through a series of Requests for Qualifications and interviews lead by Array, the IPD team was assembled. The team consisted of a full-service engineering firm, the Constructor and trade contractors for general trades, plus mechanical and electrical. Selection of the team focused on the members’ ability to work cooperatively across disciplines. In the end, this proved to be the most valuable characteristic leading to the success of the project.

During the Criteria Design Phase: 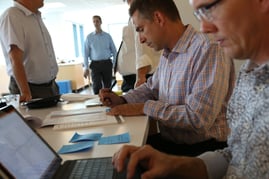 The cooperation of the owner, architect and constructor as an integrated team rather than as separate entities provided several advantages.

The existing conditions of the facility were explored jointly by the team which helped identify many unforeseen conditions prior to construction that not identified early would have resulted in added cost and schedule delays.

The scope and budget of this project, as with most projects, had to be balanced. Many discussions among the team about alternative approaches and systems as well as means and methods of construction were held. The explorations and adjustments to the project as well as the real-time estimating throughout this phase was done in a true partnership arrangement and resulted in a scope and budget that provided confidence in the end result being a success.

Scheduling of the renovations work was a significant challenge since the work areas were close to full occupancy. The team reviewed multiple approaches to phasing the construction and included the owner’s anticipated census during various seasons as well as direct discussions with department managers about patient satisfaction and staff work flow. The net result was a consensus-based plan that allowed near-normal operations of the patient tower during the construction period.

During the Implementation Documents Phase:

Several advantages were obtained from the cooperation among the team members.

The patient rooms were planned to receive significant changes that would impact patient satisfaction and staff work flow. Additionally, a significant amount of demolition was anticipated that could expose unforeseen conditions and impact cost and schedule. As a team, it was decided that while the implementation documents were underway, two of the patient rooms would be fully constructed to test the design, the work flow and the hidden conditions of the patient tower. An early package of construction documents for those two rooms was prepared. The in-place mockups were constructed, tested, occupied and adjusted, and the lessons learned were incorporated into the project’s implementation documents.

The team also recognized that lessons would be learned along the way as the renovation of the tower occurred. To take advantage of these lessons, the team decided to produce implementation documents for one tower floor at a time so that as each floor was constructed, the lessons learned could be incorporated into the next floor’s work scope. Again, the cooperation among the IPD team members allowed for anticipating the complexities of designing one floor at a time while needing to modify and maintain building systems that carried vertically through the tower.

While renovating a 24/7-occupied inpatient tower is always a challenge, the mission of the owner to provide high patient satisfaction could not be compromised. Considerable discussion was held among the team members to develop protocols and procedures to address this prior to the start of construction. Two key procedures were developed and proved successful throughout the construction. First, a protocol was developed that allowed for quick communication of any complaint from patients or staff and immediate reaction by the contractor to address the issue. Second, daily huddles were held among the contractors, facilities managers and staff from departments that were adjacent to, above and below the construction activities. This allowed for understanding among all parties about activities that may be disruptive to the occupants so that staff and patients could be informed and adjustments to methods and timing of these activities could be made to minimize impacts on patient satisfaction.

During the Construction Phases:

Motivated by goal achievement metrics focused on budget and schedule control as well as quality work, patient satisfaction and communication, the IPD team achieved a high level of cooperation during the construction phase.

There were numerous day-to-day occurrences that could be cited. The following are several that had a significant impact on achieving the project metrics:

To cut costs and eliminate the need to store multiple pieces of equipment in tight construction zones, the IPD contractors discussed their major equipment needs and developed an equipment sharing plan that reduced the amount of equipment on-site and allowed each trade to have the equipment available when they needed it.

Construction workflow is often disrupted regularly when one trade is self-centered about where and how they worked without regard for the other trades. Sharing the same profit pool and goals created a team approach that motivated each trade to anticipate the needs of the other. One example is that the studwork between rooms was hindering the progress of the electrical contractor installing long runs of conduit across multiple rooms. Working together, they developed an approach that left out some studs so the electrician could easily move from room to room and the electrician modified his work flow so that the studs and drywall could be installed on time.

The owner wanted to achieve a final project that addressed the needs of the users as much as possible. As often occurs, the user’s needs change; their understanding of the design becomes clearer as work is put in place and new staff comes on board as time passes. Adjustments to the design and details, even minor no-cost changes, in a traditional delivery model can mean substantial time lost to the change-order process. When the users or owner requested minor changes, the IPD team was able to be flexible and incorporate many of these changes without cost or schedule delay. Larger changes were addressed quickly regarding cost and schedule impact, alternative approaches were discussed among the owner, architect and contractors and final direction was a well-informed, joint decision among the group. Oftentimes the work of approved changes was able to start with a brief discussion and a few quick sketches followed by the formal documentation.

Design and construction projects will always have their issues and challenges. A cooperative team motivated by shared goals and working in true partnership can better address these challenges and deliver a more successful project, as evidenced by this project that finished on time and under budget.

Now that we've explored a real world example of how IPD can impact schedule and budget, I think it's important to address an important question: Can IPD eliminate the RFI? Find out in my next blog by clicking below.

Blog authored by Ray Corby, prior Engagement Manager with Array.