Hospitals Are Taking a Leadership Role in Wastewater 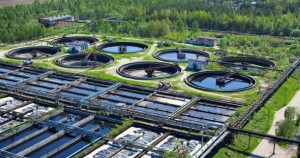 The danger to taking a wait-and-see approach to these efforts lies in slow moving regulators and lawmakers delaying action until some perceived crisis or shift in public opinion causes them to overcompensate with drastic and unreasonable reform down the road.

I believe we can take a leadership role in defining an effective, proactive, and fiscally responsive approach to this issue. A two-pronged approach that utilizes a pre-waste stream management protocol in advance of a downstream treatment process is probably the most appropriate solution given the available research.

One key element to minimizing the cost of any wastewater treatment process is to reduce the amount of wastewater that needs to be treated – this is where a pre-waste stream management protocol is most effective. The most basic protocol that can be easily implemented by any facility is an adequate drug inventory and tracking process. This can be used for accurate measurement of pharmaceuticals entering the wastewater system either through patient effluence or disposal and is a critical piece of information when right-sizing treatment process equipment.

Concurrently, providers can define the procedures for safe disposal of unused and/or expired drugs being administered within the facility. While on the surface this may seem like a simple exercise, removing certain drugs from the wastewater system should be balanced against what the alternate method of disposal might be. The two most common alternate disposal methods are depositing into a landfill (which can still result in seepage of the drugs into groundwater) NOTE 1 or incineration (which still leaves some chemicals present in the smoke and ash produced as well as contributing to air pollution). NOTE 2 Alternate experimental technologies for destroying drugs (such as electrical arcs, microwaves, and caustic chemicals) are being investigated, but none are yet practical.

Another pre-waste protocol is the segregation of “hazardous” and “non-hazardous” plumbing fixtures within the wastewater stream. Areas where patients with high concentrations of “hazardous” pharmaceuticals are present (such as radiology departments with high concentrations of ICMs, or oncology departments where chemotherapy drugs are administered) can be segregated so that the volume of wastewater treated in downstream processes is minimized. Additionally (and related to the drug disposal protocol), it is worth considering identifying and segregating specific “drug disposal sinks” within the facility to further limit the wastewater treatment volume. Obviously, this protocol has a higher impact on construction cost than the others, but if a downstream treatment process will be included as part of a construction project, the reduced first cost and long-term operating costs of smaller equipment may yield a worthwhile return on investment.

The second piece of a wastewater contamination reduction strategy is a downstream treatment process which represents a much more significant first- and operating-cost commitment from the facility. One major hurdle in determining an appropriate treatment methodology is that no single system is 100% effective in removing every contaminant. Given that there are no studies for many pharmaceutical compounds and new drugs are constantly being introduced, the possibility of finding a universally effective system seems remote, however this shouldn't be used as a reason for inaction – incremental improvement is preferable to no improvement at all. 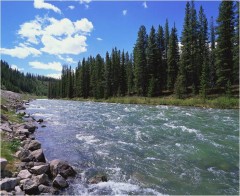 Perhaps the most established treatment option currently available is a submerged hollow-fiber membrane bioreactor (MBR). These systems have the advantage of being scalable to the volume of water being treated, offering long-term system value, and having hospital wastewater treatment studies that support their effectiveness. In 2011 an MBR was installed for evaluation in a German hospital and has proved to be effective in removing four out of the nine identified types of micropollutants in the hospital’s wastewater stream. While these results don’t sound particularly impressive on the surface, when iodinated x-ray contrast media (ICM), which makes up 82% of the total micropollutant load and is notoriously difficult to remove, is discounted from the equation, the elimination rate improves from 22% to 90%. NOTE 3 Additionally, a recent Swiss study found that enhancing the MBR with powdered activated carbon (PAC) increased the removal rate to 98% (again, excluding ICMs). NOTE 4

So, MBRs could be part of the solution, but a complete treatment process must also include methodologies for removing ICMs – and this is proving to be a difficult problem to solve. While ozonation has been suggested as a possible solution, recent tests have detected ICMs in appreciable concentrations even after ozone treatments (removal efficiencies were found to be no higher than 14%). NOTE 5 Currently, the most effective method for removing ICMs below detectable limits is a combination micro-filtration (MF) and reverse osmosis (RO) process, NOTE 6 however, large-scale RO systems require a substantial amount of energy and are very expensive to operate and maintain.

One existing technology that is currently being studied for the treatment of wastewater containing ICMs is the zero valent iron (ZVI) system. This system utilizes elemental iron as a reactive medium to reduce or remove water-borne target chemicals and has shown to be up to 100% effective in laboratory tests. NOTE 7 ZVI systems are scalable to meet site-specific requirements, have a proven track record, and are among the lowest cost systems (per gallon of water treated) available for industrial applications. If these qualities can be translated to healthcare applications, these systems could prove an effective solution.

The healthcare industry should respond as quickly as possible with the health and well-being of their current and future constituents as their guiding principal.